Larry Lage of The Associated Press 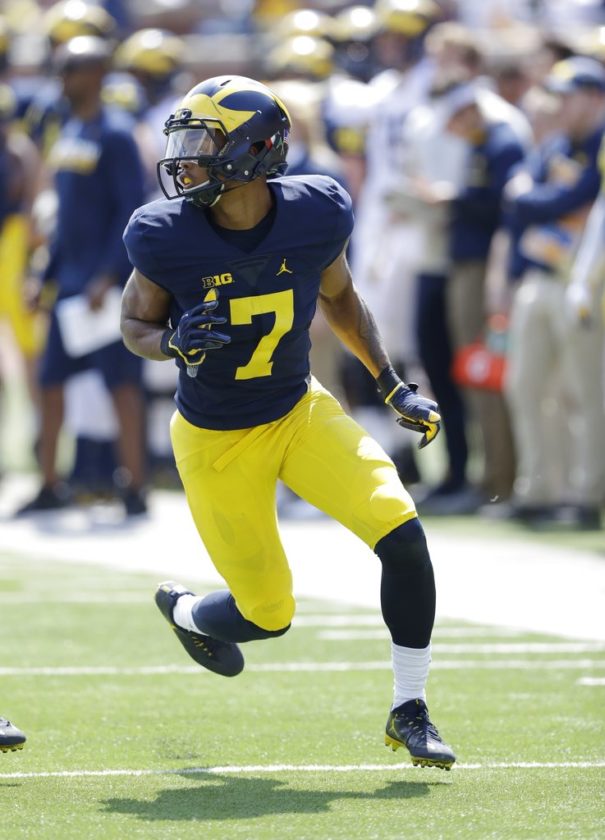 FILE - In this Saturday, April 15, 2017 file photo, Michigan receiver Tarik Black runs a pattern during the Michigan spring football game in Ann Arbor, Mich. Michigan wide receiver Tarik Black is out indefinitely with an injured right foot. Spokesman Dave Ablauf says Black was hurt during practice, adding he is being evaluated and a timeframe for his return has not been determined. The 14th-ranked Wolverines open the season at No. 12 Notre Dame. Black had 11 receptions for 149 yards and a touchdown in three games last season before having a season-ending foot injury.(AP Photo/Carlos Osorio, File)

Harbaugh told reporters Monday it has not been determined whether Black needs surgery. The 14th-ranked Wolverines open the season at No. 12 Notre Dame on Saturday.

Black was hurt during practice over the weekend. He had 11 receptions for 149 yards and a touchdown in three games last season before needing surgery on his left foot.

Losing Black is a setback because he has been one of Shea Patterson’s top receivers in practice along with Donovan Peoples-Jones and Grant Perry.

Nico Collins is among the receivers with an opportunity to play a larger role without Black in the lineup.